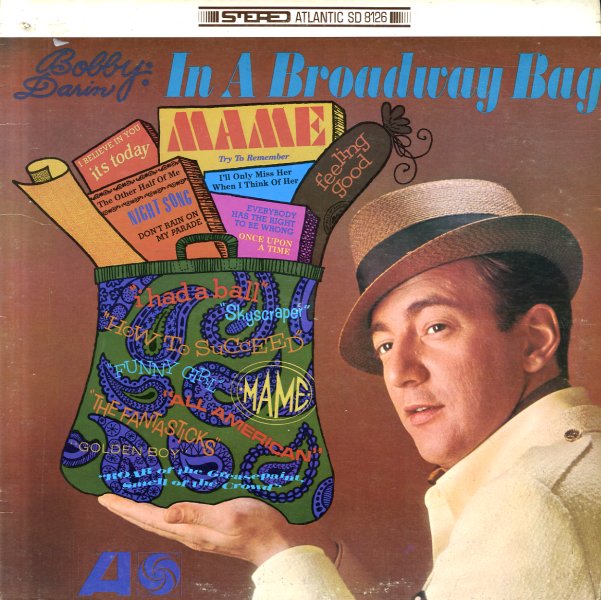 In A Broadway Bag

A mature side by Bobby Darin - featuring him taking on some of the biggest Broadway tunes of his generation – and doing a pretty darn good job as well! Arrangements are by Shorty Rogers and Perry Botkin, both of whom bring a hip flair to the proceedings – a sound that's usually a fair bit more swinging and jazz-based than you'd hear if you were catching these songs in their original settings. Darin's finger-snapping style is a great one for these tunes – bringing out all their sharper edges in ways that other 60s performers don't always get. Titles include "Night Song", "Try To Remember", "Once Upon A Time", "The Other Half Of Me", "I Believe In You", "It's Today", and "Everybody Has The Right To Be Wrong".  © 1996-2021, Dusty Groove, Inc.
(Stereo green & blue label pressing. Cover has a small cutout hole.)

Come Together With Nina – Special Interview Record
RCA, 1970. Very Good+ Gatefold
LP...$44.99
A fantastic relic of Nina Simone's greatness! The album is a rare promo-only 1970 album put out by RCA – featuring an interview with Nina, mixed with music pulled from some of her RCA albums. It's packaged in a cool gatefold cover, with great paper and a cool insert in the middle too! It's ... LP, Vinyl record album