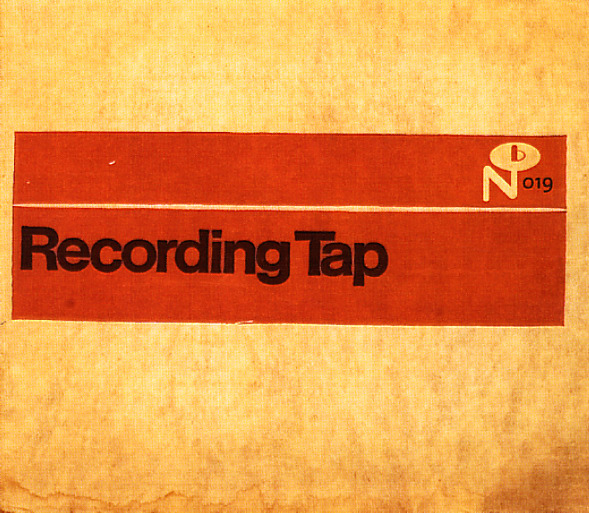 Not much of a cover photo, but one of the most amazing collections so far from the Numero Group – a richly archival project that finally brings to light the lost efforts of the short lived Tap Records label! Tap was the brainchild of Jeremiah Yisrael – an ambitious producer, and legendary perfectionist – so much so that he often put more effort into these indie productions than you'd find at bigger label projects of the time! Most material here dates from the years 1981 and 1982, and the music is a mix of club, modern soul, boogie, and a bit of hip hop – nearly all of which hardly got any exposure at the time. The booklet not only tells the tale of the label and Yisrael's career, but also Numero's efforts in resurrecting these lost tapes from a very moldy near-death experience – a narrative that's almost as exciting as the music in the package. And the package is pretty great too – not only because of the 24 page, full color booklet – but also because of the supplemental book that reproduces lost sheet music and studio notes from the Tap sessions. Amazing stuff throughout – well worthy of another deep bow for the Numero team – with a total of 14 tracks that include "Breakout" and "We've Had Enough" by Arnie Love & The Lovettes, "Invisible Wind" and "Guilty" by Jackie Stoudemire, "Missy Missy Dee" by Missy Dee & The Melody Crew, "So Nice" by Annette Denvil, "Rub A Dub Dub" by The Fabulous 3 MCs, "Don't Stop Dancin" and "Run Away Hide From Love" by Jackie Stoudemire, and "Breakout" by Magnetism. Also features two tracks from 1971 – "Does He Really Mean It" and "Love Which Way" by Bonnie Freeman.  © 1996-2021, Dusty Groove, Inc.