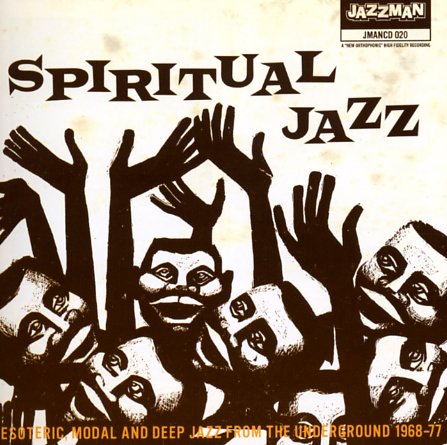 The Jazzman label hits a whole new level of brilliance – as they turn their funk-trained crate digging skills to the world of spiritual jazz! The collection's an amazing batch of ultra-rare tunes – tracks that take inspiration from the John Coltrane/Archie Shepp work on Impulse Records in the 60s, then run with those roots in bold new directions – soaring, spiritual aims in jazz that reach for new freedoms, but never lapse into the totally-outside modes of free jazz! Instead, there's a really great balance here between structure and struggle – as many tunes often have a good rhythmic pulse, usually modal and soulful, then let the horn solos stretch out more in their own sounds and directions. The mix is amazing, as is the selection of tunes – rare numbers pulled mostly from American independent jazz releases of the 60s and 70s – most of which are as obscure as the funky 45s we normally get from Jazzman. As with the label's US funk compilations, there's full notes on all the music – a heck of a lot of detail on these artists – and tracks on the set include "Paul's Ark" by Morris Wilson Beau Bailey Quintet, "Ayo Ayo Nene" by Mor Thiam, "Nomusa" by Ndikho Xaba & The Natives, "The Afrikan In Winter" by The Positive Force, "Neveen" by Salah Ragab, "Ja Mil" by Hastings Street Jazz Experience, "Be There" by Leon Gardner, "Psych City" by Ohio Penitentiary 511 Jazz Ensemble, "Introduction" by James Tatum Trio Plus, and "No Jive" by Frank Derrick Total Experience.  © 1996-2020, Dusty Groove, Inc.
(Limited edition of 1000!)