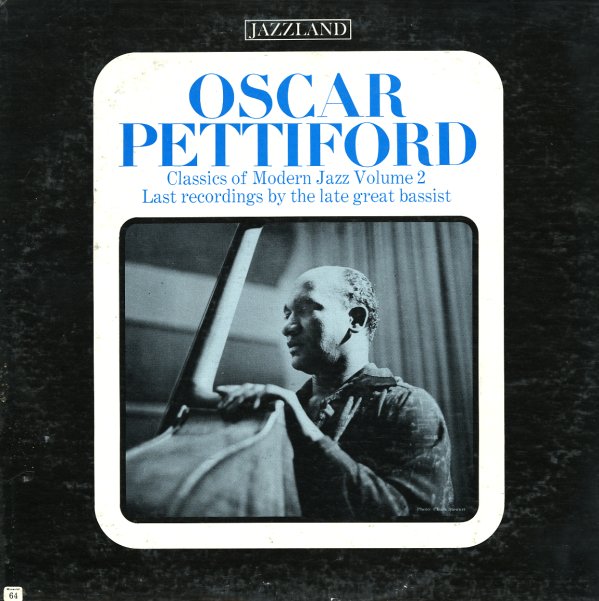 Excellent work from Oscar Pettiford – his last sessions, in case you couldn't tell by the title, recorded in Copenhagen in 1959 and 1960, with players that include Allan Botchinsky on trumpet, Jan Johansson on piano, Erik Nordstrom on tenor, and Luis Hjulmand on vibes. Despite the introduction of European ringers to the set, and despite the posthumous collection of sessions, the album's actually one of Pettiford's strongest, and certainly one of the best to show his ever-growing commitment as a modernist during the 50s. The album includes loads of original tunes – including "Blue Brothers", "Two Little Pearls", "Laverne Walk", "Why Not? That's What!", and "My Little Cello".  © 1996-2021, Dusty Groove, Inc.
(Mono orange label Bill Grauer Productions Inc pressing with deep groove. Cover has some wear on the bottom corners.)