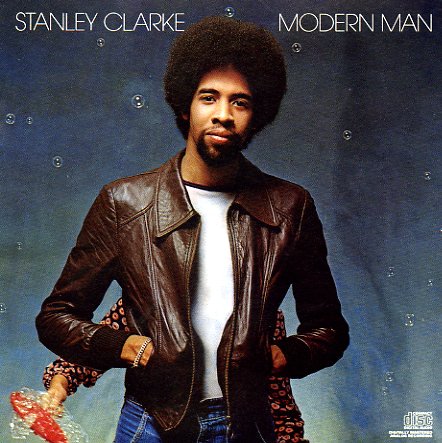 A bit more high concept than before for Stanley Clarke – almost a suite of sorts, but one that still has some great standout tunes in the mix! Although Clarke used to bring his higher concepts to bear in the space of a single song, this one's more of a full exploration of the character in the title – served up at the best moments with more soul than on previous albums from Stanley, some nicely tuneful tracks that almost get a bit funky at points. There's a bit of vocals on the record – courtesy of Dee Dee Bridgewater and others – and guests include Freddie Hubbard, Stan Getz, Harvey Mason, Tom Scott, and Airto. Titles include "More Hot Fun", "Slow Dance", "He Lives On", "Dayride", "Got To Find My Own Place", "Closing Statement", and "A Serious Occasion".  © 1996-2021, Dusty Groove, Inc.
(Cover has some ring & edge wear.)

Journey To Love
Columbia, 1975. Very Good+
LP...$5.99
Stanley Clarke may be on a journey to love – but that doesn't mean that the album's too sweet or romantic! Many tracks here still have the harder edge and sharper lines you'd expect from Clarke's key 70s fusion reputation – the kind of rock-influenced styles that crossed over big at ... LP, Vinyl record album