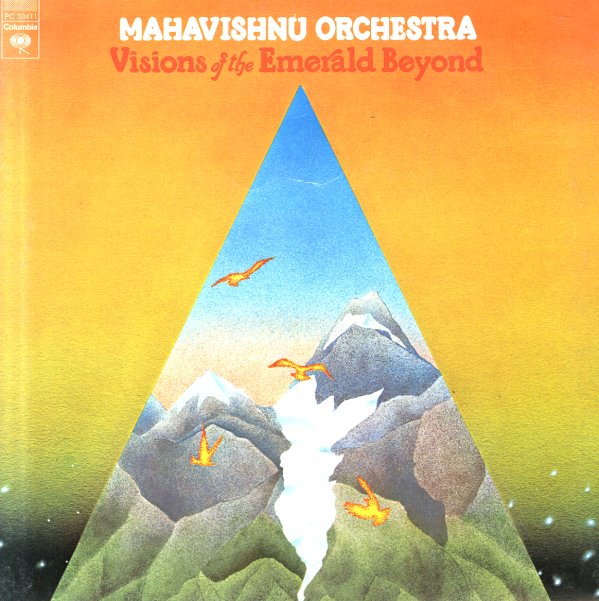 Visions Of The Emerald Beyond

Very spacey work from Mahavishnu Orchestra – a set that continues the change in sound explored by the second incarnation of the group – one that's much more spacious than the first! The group here is somewhat large, but often comes off with a good sense of leanness at times – less of the notes-on-notes jams of rockish fusion, and more stretched-out spiritual modes, mixed with a slight dose of funk at just the right moments! John McLaughlin's in the lead on guitar, and other players include Gayle Moran on keyboards, Jean-Luc Ponty on electric violin, and Narada Michael Waldon on drums, percussion, clavinet, and vocals. Titles include "Eternity's Breath", "Lile's Dance", "Can't Stand Your Funk", "Earth Ship", "Be Happy", "Opus 1", and "Pegasus".  © 1996-2021, Dusty Groove, Inc.
(Cover has light wear.)