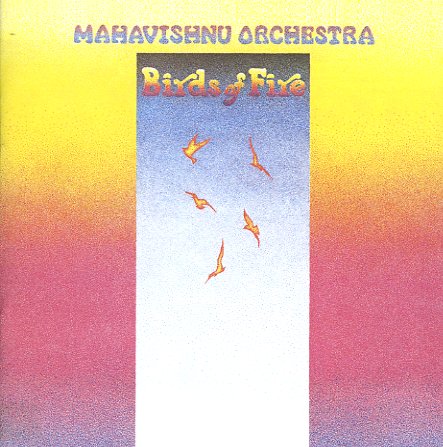 A great second album from Mahavishnu Orchestra – one that has them still very might in the same tight formation as the first! As before, there's a heck of a lot of power here – monstrous work on drums from Billy Cobham, sharp-edged guitar from John McLaughlin, and a range of great keyboards from Jan Hammer – all played without the cliche of his later years! The group's completed by the surprisingly great electric violin of Jerry Goodman and the bass of Rick Laird – and the tunes nicely blend a few more contemplative moments with full-on, rock-inspired fusion jamming. Titles include "Miles Beyond", "One Word", "Sanctuary", "Open Country Joy", "Resolution", "Sapphire Bullets Of Pure Love", and "Thousand Island Park".  © 1996-2020, Dusty Groove, Inc.
(In the textured cover, with some surface wear.)