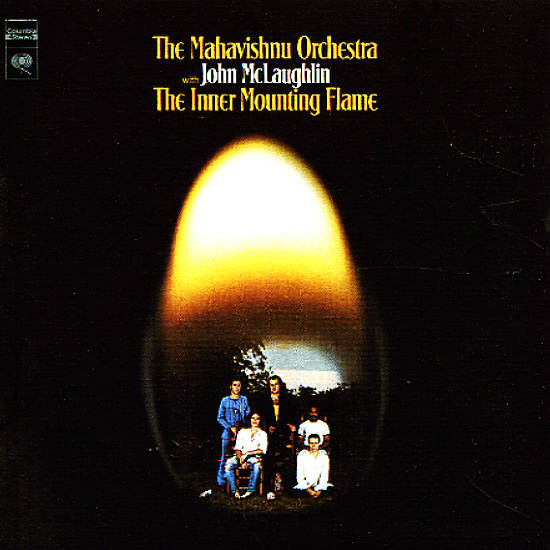 A massive set of fusion from Mahavishnu Orchestra – a group that features some incredible guitar work from John McLaughlin, who sounds even more focused and driven here than on his own records! As with Return To Forever or Weather Report, the combo's a supergroup of sorts – with Billy Cobham on drums, Jan Hammer on keyboards, Jerry Goodman on violin, and Rick Laird on bass – all wailing with great intensity on some of the best numbers – a lot more energy than you might expect from their slightly more meditative name! Titles include "Meeting Of The Spirits", "Dawn", "The Noonward Race", "A Lotus On Irish Streams", and "Vital Transformation".  © 1996-2020, Dusty Groove, Inc.
(Cover has surface wear and a half split top seam.)