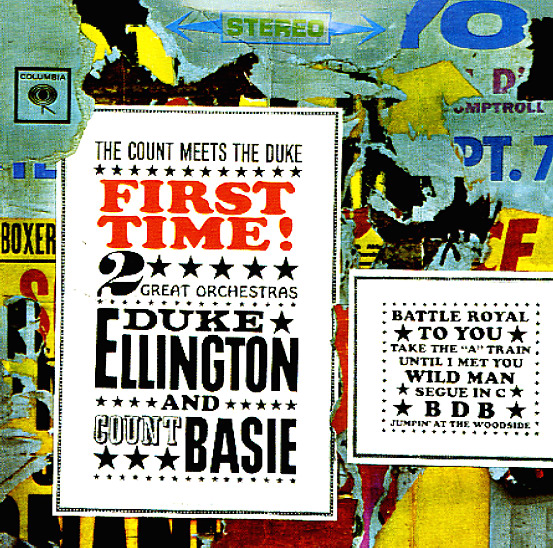 Hard to believe it took a few decades in the careers of both players for them to record together – but that's exactly what you've got here – a landmark meeting of Count Basie and Duke Ellington from the early 60s, near the tail end of Duke's classic stretch on Columbia! Teo Macero produced the session with just the right amount of care and class to keep the whole thing from being an exercise in cliche – and there's a surprising amount of depth here that you might not expect – the best modern elements of Duke's orchestra on Columbia, coming into play with a bit more of the fire and vamp of the Basie group at the time! Titles include "Battle Royal", "Wild Man", "Segue In C", "Jumpin At The Woodside", "To You", and "Take The A Train".  © 1996-2021, Dusty Groove, Inc.
(Stereo 360 Sound pressing.)