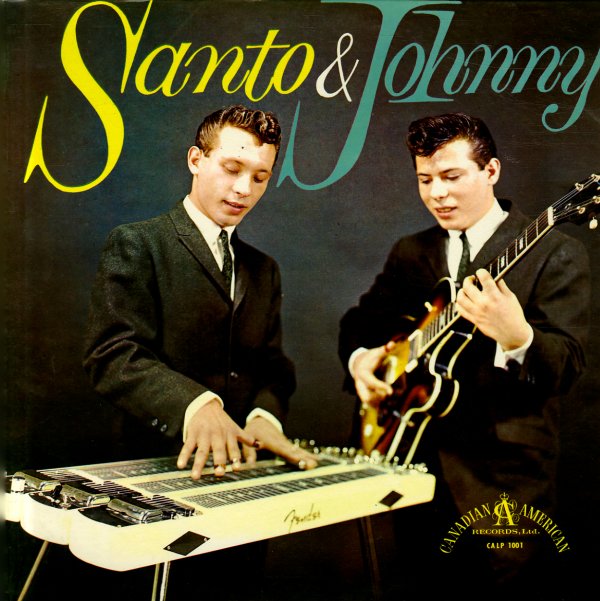 Sublime work by the Santo & Johnny team! You probably know their monster hit "Sleepwalk" – the cornerstone of this early album, and a fantastically moody blend of electric and pedal steel guitar, with a slow spacey surf sound that captivated millions of earholes when it first came out! That cut alone is worth the price of the album, but Santo and Johnny manage to come up with lots more instrumentals in very much the "Sleepwalk" mode – including "All Night Diner", "Slave Girl", "Dream", "School Day", and "Caravan".  © 1996-2021, Dusty Groove, Inc.
(Mono black & silver label pressing with deep groove. Cover has light wear, some aging, and a small staple in one corner.)

Magical Mystery Tour
Capitol, 1968. Very Good Gatefold
LP...$29.99
A wonderfully trippy record from The Beatles – filled with songs that have become classics, even though the initial package was designed for a movie that was one heck of a mess! The set's incredibly strong throughout – filled with some of the new post-Peppers ideas explored by the ... LP, Vinyl record album