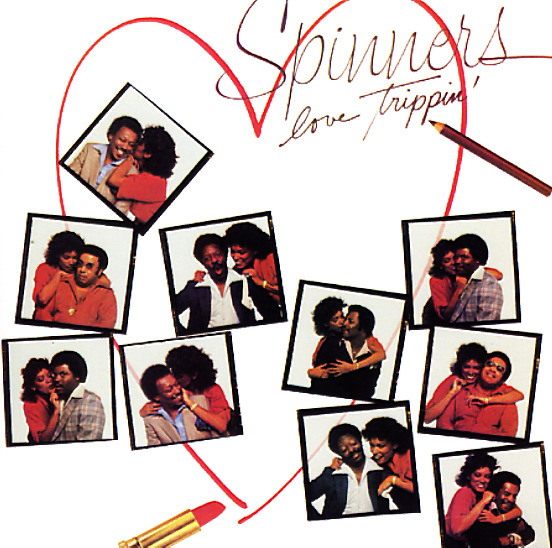 A sweetly grooving set from The Spinners – one that moves along nicely at the midtempo clip the "trippin" in the title might imply – thanks to production and arrangements from Michael Zager! Zager nicely puts aside some of his more disco-oriented modes here – keeping plenty of respect for the group's excellent vocals, and allowing them some really great space on a number of warmly-crafted tunes. John Edwards gets in some great lead vocals on the album – most famously on the record's medley of "Cupid/I've Loved You For A Long Time" – which went onto become a fairly big radio hit. Other tracks include "Streetwise", "I Just Want To Fall In Love", "Now That You're Mine Again", "Split Decision", "I'm Takin You Back", "Heavy On The Sunshine", and "Love Trippin".  © 1996-2022, Dusty Groove, Inc.
(Original pressing, still sealed with a cutout notch.)

New & Improved
Atlantic, 1974. Very Good+
LP...$6.99
A great batch of sophisticated soul tracks, with sweet Philly arrangements by Thom Bell, and nice studio work by the usual suspects. Includes the massive track "Sadie", a longtime fave in Chicago, and recently redone by R. Kelly. Other titles include "Sitting On Top Of The ... LP, Vinyl record album