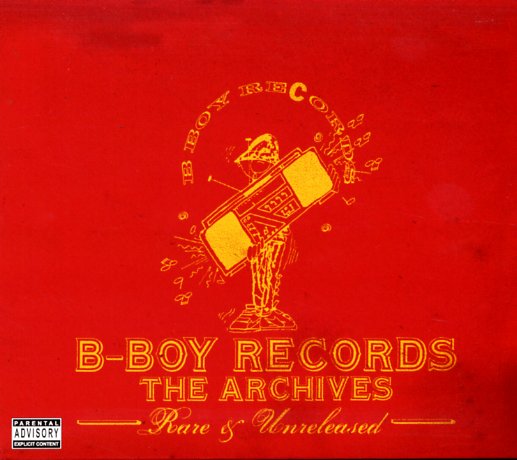 Benchmark B-Boy Records hip hop from deeper in the vaults then we've ever seen on a retrospective compilation – with rarities, alternate versions and more from the B-Boy Records master reels – on a block rockin' double CD set! Rare & Unreleased does a great job of mining deep for the tougher to find B-Boy tracks without paving over the classic, yet diverse sound – with a few classic tunes here in straight up killer alternate edits that sound pretty incredible all these years later – with cuts by JVC Force, BDP, Busy Boys, Levi 167 and many more. A bunch of the tracks were only ever released on 12" singles, and others are appearing officially for the first time ever! 32 tracks on 2CDs! Includes the funky JB homage "Classical" from Busy Boys, "991 Volts Of Noise" by 991 Volts, "I Like It Loud" (original version) by Jewel T, "Get Up" by KD Nice, "Memories" by the Brothers, "Nu Skool", "Doin' Damage" and more by JVC Force, "Trash-an Ready" by Soul Dimension, "Get A Lil' Stupid" by BMW, "No One Cares" by Kay Gee The All Star DJ", "The Bridge is OVer" (Bladerunners edit) by Boogie Down Productions, "Something Fresh To Swing To" (acapella) by Levi 167 and more!  © 1996-2021, Dusty Groove, Inc.