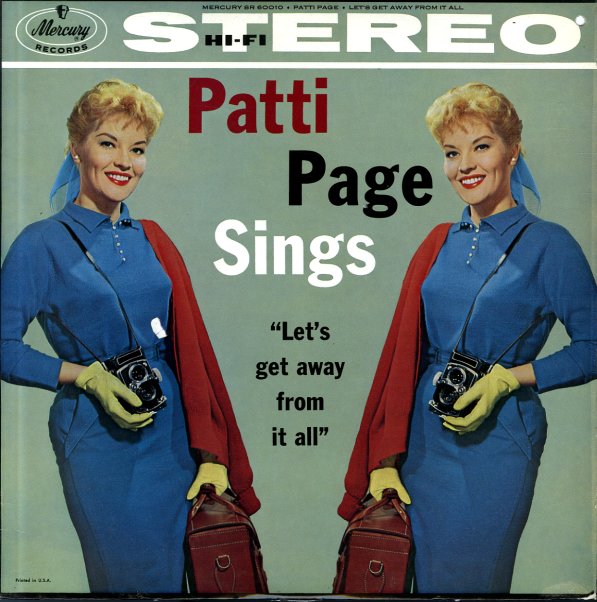 Let's Get Away From It All

A travel-themed set from Patti Page – and a pretty darn great one at that! Patti nicely shakes off some of cliches here – working with full, jazzy backings, and often hitting sounds that are a bit more mature than on her familiar pop numbers – modes that nicely match the global scenes and locales featured in most of the tunes. And while the gimmick is a relatively common one for 50s vocal dates, the mix of worldly tunes really does wonders with Patti – making the set a real standout in her Mercury catalog. Titles include "Mississippi Mud", "South Of The Border", "April In Paris", "Just A Little Bit South Of North", "Basin Street Blues", "Let's Get Away From It All", and "Under Paris Skies".  © 1996-2021, Dusty Groove, Inc.
(Black label mono pressing with deep groove. Cover has a bubble under the gloss, along the spine.)