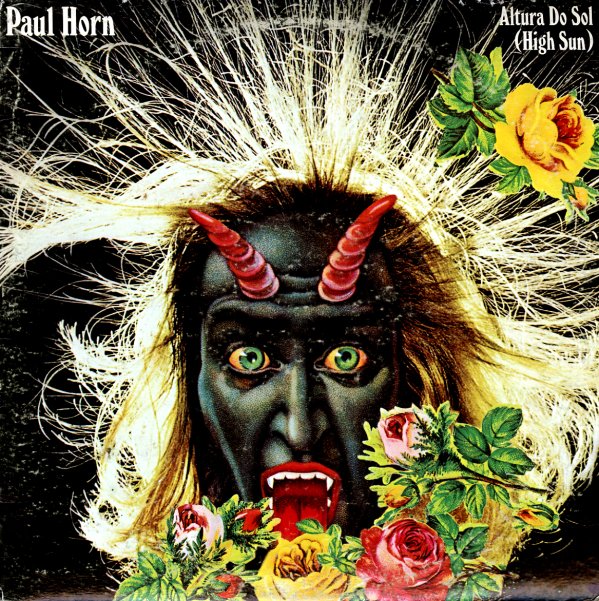 One of the best Paul Horn recordings of the 70s – tracks that were recorded amidst the Brazilian fusion explosion of the 70s, and which really push Horn's sound to the limit! The album features work composed by Egberto Gismonti, played by Horn, Gismonti, Dom Salvador, and Dom Um Romao with a breezy Brazilian jazz finish! The sound's a great extension of the genius that Gismonti had at the time, and takes his music into a slightly more American mode – with titles that include "Danca Das Cabecas", "Carmo", "Altura Do Sol", "Quarup", "Tango", and the great "Salvador".  © 1996-2022, Dusty Groove, Inc.
(White label promo. Cover has a tracklist sticker, promo stamp, and a trace of a price sticker.)

Here's That Rainy Day
RCA, 1966. Near Mint-
LP...$6.99
A sweet and mellow set from flutist Paul Horn – with a sad, sleepy, and wonderfully late nite feel! Ralph Carmichael arranged and conducted the set – and most of the tracks feature the Ralph Carmichael Singers in the background, singing in a really moody style that adds a nice edge to ... LP, Vinyl record album