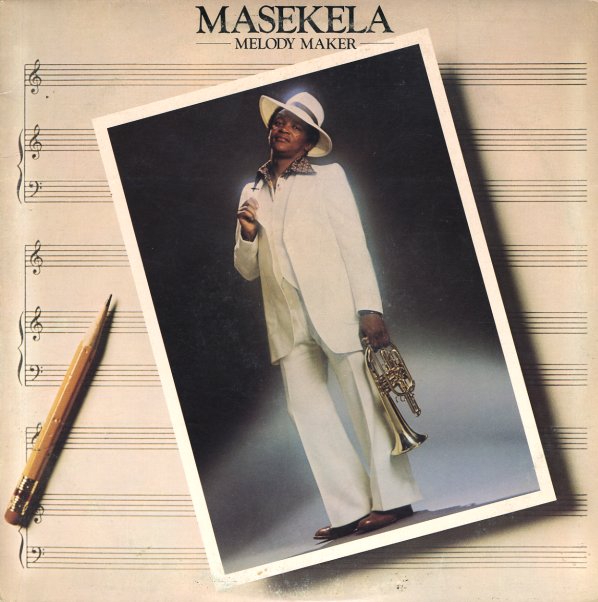 Hats off to Hugh Masekela – one of the few artists who could record for the Casablanca label and never manage to lose his own sense of sound and spirit! The album's a surprisingly great one, filled with the kinds of subtle touches and earthy soul we've always loved in Hugh's music – certainly a bit more polished than before, given the date of the record, but still filled with some really personal, individual moments. The set begins with a beautiful long instrumental titled "Hi Life" – with Hugh blowing a long, lean solo over the top of a mellow groove – then it moves into a range of shorter numbers, both vocal and instrumental, including the funk track "Toe Jam", plus the cuts "Come On Home", "Melodi", "I'll Make You Feel Alright", "Melody Maker", and "Dance".  © 1996-2021, Dusty Groove, Inc.
(Cover has light wear and a cut corner.)

Hugh Masekela Is Alive & Well At The Whisky
Uni, Late 60s. Very Good
LP...$11.99
One of Hugh's most compelling records from the time – cut live at the Whiskey A Go Go, with a jazzy edge that really shows him growing a lot as a musician. The set features small combo backing by a group that features Al Abreu on sax, Hotep Cecil Barnard on piano, Henry Franklin on bass, and ... LP, Vinyl record album