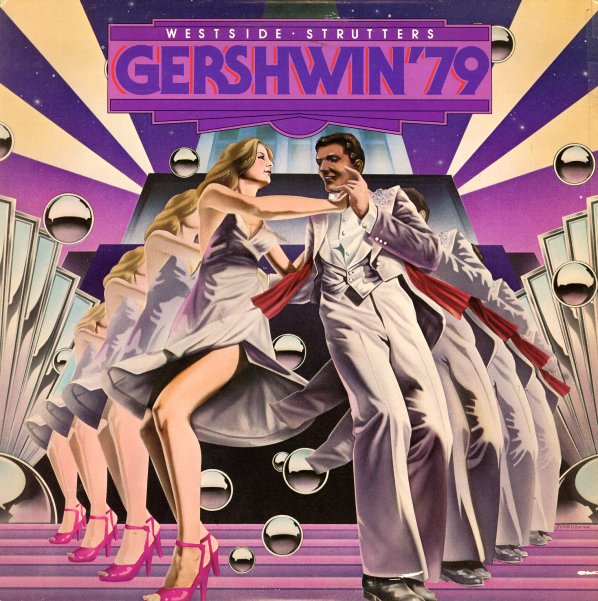 A late 70s effort to soup up the work of George Gershwin – as you might guess from the title – part of a bit nostalgia wave that seemed to hit right as disco crashed into the mainstream! As with other efforts of this type, the sound is surprisingly good – especially from the perspective of so many years hence – and in a way, the solid grounding of Gershwin compositions really helps to give these tunes some focus, as well as a sense of care with the material. Russ Regan is the conceptual genius behind the album, and vocals are by Sue Raney on one number – plus a host of other singers on the rest. Titles include "The Man I Love/Embraceable You", "Strike Up The Band", "Rhapsody In Blue", "I Got Rhythm", and "Fascinating Rhythm".  © 1996-2021, Dusty Groove, Inc.
(Cover has light wear and a promo stamp.)

Welcome To My Room
Casablanca, 1978. Very Good
LP...$4.99
A mellow soul masterpiece from Randy Brown – a crucially-overlooked talent from the late 70s, working here with a totally put-together vibe! The album's got the mature, mellow feel of some of the best work by better-known 70s contemporaries – like Leroy Hutson or Lamont Dozier – ... LP, Vinyl record album

Our Ms Brooks
Casablanca, 1978. Near Mint-
LP...$4.99
A record that has Pattie reunited with the Soul Galore production team – working with backdrops that are full, but never too overblown – right in that perfect Casablanca mode! Titles include "Heartbreak In Disguise", "After Dark", "This Is The House Where Love ... LP, Vinyl record album

Love Trilogy
Casablanca, 1976. Very Good
LP...$6.99
A mid 70s classic from Donna Summer – and a follow up to her huge, chart-toppiong Love To Love You Baby – and once again produced by Giorgio Moroder! The record didn't hit the commercial heights of the preceding one, though they did utilize the same sort of Euro-disco approach – ... LP, Vinyl record album

Starpoint
Casablanca/Chocolate City, 1980. Very Good
LP...$9.99
What was the deal with slap-bass funk and spaceship themes right as the 80s approached? We're not going to even begin to answer that question, but Starpoint were one of the bigger examples of that subgenre, and this is their first album on Casablanca – a funky bit of soul with a mixture of ... LP, Vinyl record album