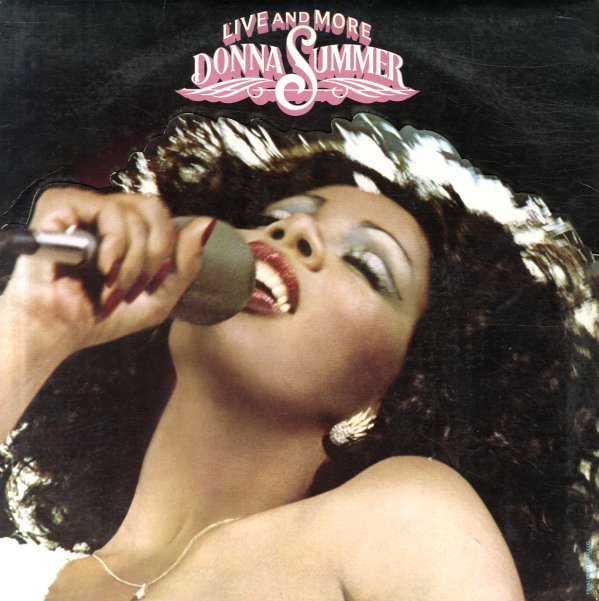 An overstuffed double-length set from Donna Summer – one that features some of the live material promised in the title, plus some even better studio work as well! The first 3 sides of the album feature Donna recorded live – putting over tunes with a bit more personality and almost a sense of spontaneity that we wouldn't expect – on titles that include "Fairy Tale High", "Only One Man", "I Remember Yesterday", "I Love You", "Spring Affair", "Mimi's Song", "I Feel Love", and "Last Dance". But even better is the 4th side of the record – which features the extended "MacArthur Park Suite" – Donna's masterful reworking of the Jimmy Webb classic, stretched out to even greater length than the original!  © 1996-2022, Dusty Groove, Inc.
(In the die-cut gatefold cover. Includes the printed inner sleeves. Cover has edge wear, small peel from an old price sticker.)

Night At Studio 54
Casablanca, 1979. Very Good+ 2LP Gatefold
LP...$14.99
Here you go – everything you'll need to recreate the magic of the old days, except the cocaine! 2LPs worth of classic club tracks – including "In The Bush" by Musique, "YMCA" by Village People, "Let's All Chant" by Michael Zager Band, "Hot Shot" ... LP, Vinyl record album