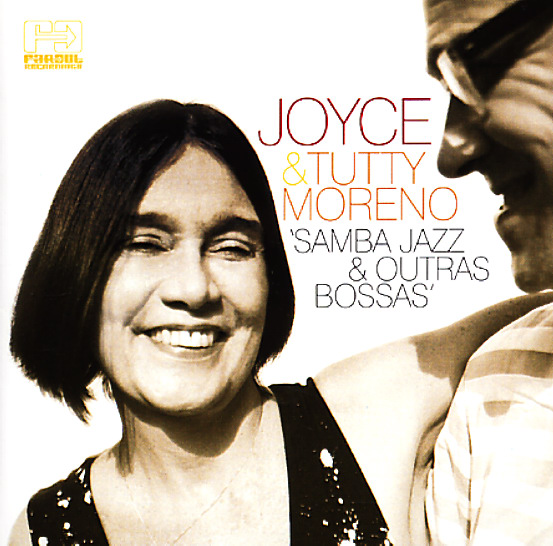 Incredibly lovely work from Joyce – quite possibly her best album in years, and a set that's filled with the same scatting brilliance we loved in her classics from the 70s and 80s! The set's done in collaboration with husband/drummer Tutty Moreno – and the pair lead a small combo with a nicely jazzy feel that further enforces the freely soaring lines in Joyce's vocals! Instrumentation includes a shifting array of saxes, flute, clarinet, and piano – plus plenty of warm guitar from Joyce, played with a crystal clear and sensitive sound. Titles include "Garoto", "Sabe Quem", "Tema Pro Baden", "Bodas De Vinil", "Magica", "Penalty", "April Child", "Shangri-La", and a great cover of Tenorio Jr's classic "Embalo".  © 1996-2021, Dusty Groove, Inc.

Wave
CTI/A&M, 1967. New Copy
CD...$6.99 14.98
A stunning mix of talents that brings the heavenly piano and guitar of Antonio Carlos Jobim into play with the lush, but light arrangements of Claus Ogerman – a swirling mix of post-bossa loveliness that redefines Jobim's sound, and opens up new avenues for exploration in sound! The ... CD