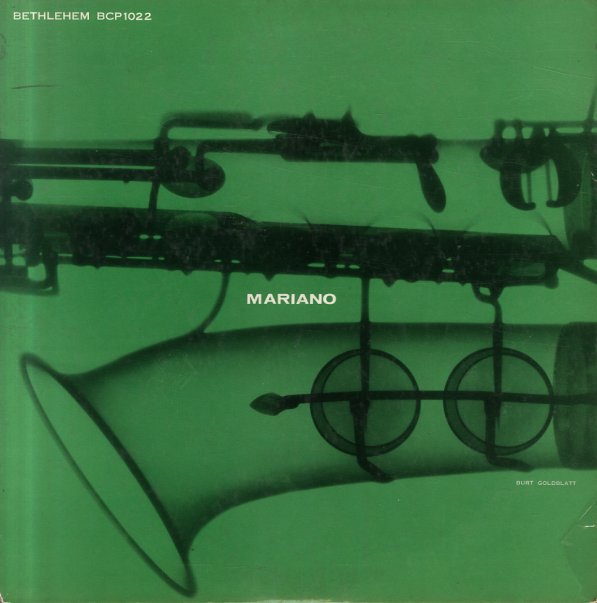 Incredible early work from Charlie Mariano – a landmark 10" LP that was one of his first explosions onto the scene in 50s jazz! The format is simple – sextet grooving from a standard Bethlehem group that includes Stu Williamson on trumpet, Frank Rosolino on trombone, and Claude Williamson on piano – but somehow Charlie manages to create a level of energy that really blows away any expectations you might have. All players crackle with a level of electricity that's not that common for Bethlehem sides of the time – and Charlie himself steps forth with an incredible tone on the alto – icy, raspy, and with more soul than you'd expect for his young years. Titles include "Chloe", "Green Walls", "Three Little Words", and "S Nice".  © 1996-2023, Dusty Groove, Inc.
(Early 00s Japanese Toshiba-EMI pressing – TOJJ-1022. Includes the insert.)

Helen 12 Trees
MPS, 1976. Near Mint-
LP...$24.99
One of the headiest albums ever from reedman Charlie Mariano – a far cry from the icy modernism of his work in the 50s! The set's recorded in a full-on MPS electric mode – plenty of fusion touches in the mix, thanks to a lineup that includes Zbigniew Seifert on electric violin, Jan ... LP, Vinyl record album

Cozy's Caravan
Felsted, 1958. Very Good
LP...$9.99
Hard to find record on Felsted featuring split sides – one by Cozy Cole's septet with Phatz Morris, Lou Jones, and Boe McCain; and one by Earl Hines quartet with the great Curtis Lowe on tenor. This is post-swing jazz at its best, with lots of room for solos, and hard playing throughout. ... LP, Vinyl record album