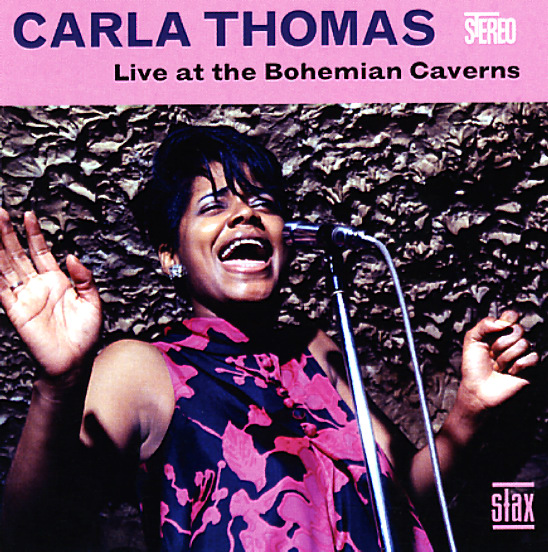 A sweet set of Stax soul with a jazzy feel from Carla Thomas – previously unlreased live material from Carla really working in her most jazz vocal centric groove as well as few tunes by her pops Rufus Thomas! The set was captured in 1967 during a residence at the Bohemian Caverns in DC – with Carla backed by a great group that included Donny Hathaway on piano, and a well chosen set list that includes "You're Gonna Hear From Me", a medley featuring "Zip-A-Dee-Doo-Dah", A Lovely Way To Spend The Evening", "It's A Lovely Day Today" and "On A Clear Day", "Mas Que Nada", "Gee Whiz", "A Lot Of Livin' To Day", "B-A-B-Y", "Never Be True" and more, plus Rufus Thomas doing his thing on Fine And Mellow", "Did You Ever Love A Woman" and "The Dog". Very fine live material only now seeing that light of day, with much of the stage banter left in for natural, true feel.  © 1996-2022, Dusty Groove, Inc.
(Please Note – CD case has a small cutout hole.)

Live At Ronnie Scott's (CD/DVD DualDisc pressing)
Castle (UK), 1988. New Copy
CD...$4.99 19.98
An excellent live set by Roy Ayers – recorded back in 1988, but with a sound that's right up there with his classic work! Roy's working here in front of a very appreciative crowd at London's Ronnie Scott's night club – and there's clearly plenty of British rare groovers in the audience ... CD