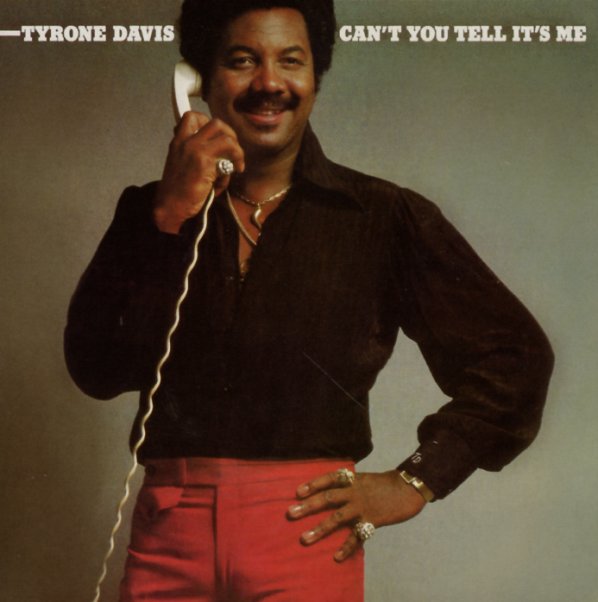 Can't You Tell It's Me

Fantastic mellow soul from Tyrone Davis – a great reminder that his vocals were still some of the burningest in 70s soul – sounding especially great in a record like this! Side one of the album's especially great – an all-mellow side that almost acts like some mini-suite of love songs, with a slinky, sexy, late nite sound! Side two picks up the groove a bit, but never too much – and Davis' warmly crackling vocals come through with a tremendous amount of feeling, even amidst clubby rhythms. Leo Graham produced, and arrangements are by Tom Tom, Gil Askey, and James Mack – on tracks that include "Can't You Tell It's Me", "Be With Me", "Heart Failure", "Burnin Up", "Love You Forever", and "Really Gonna Miss You".  © 1996-2021, Dusty Groove, Inc.
(White label promo. Includes lyric sleeve. Cover has light wear and a promo stamp.)

Tyrone Davis
High Rise, 1982. Sealed
LP...$6.99
Later work by Tyrone, but an excellent album of smooth modern soul tunes that builds off his strong work for Columbia! The album features a sublime stepper called "Are You Serious" – a great track that easily ranks with Tyrone's best work from later years – and the rest of ... LP, Vinyl record album

Keep On Dancin'
SAM/Columbia, 1978. Very Good
LP...$6.99
A clubby classic from the enigmatic Gary's Gang – a group who scored a big disco hit with the title track of this album, a unique groove that features some weird keyboard and synth touches – alongside some surprisingly great percussion at the bottom! The group effortlessly mix electric ... LP, Vinyl record album