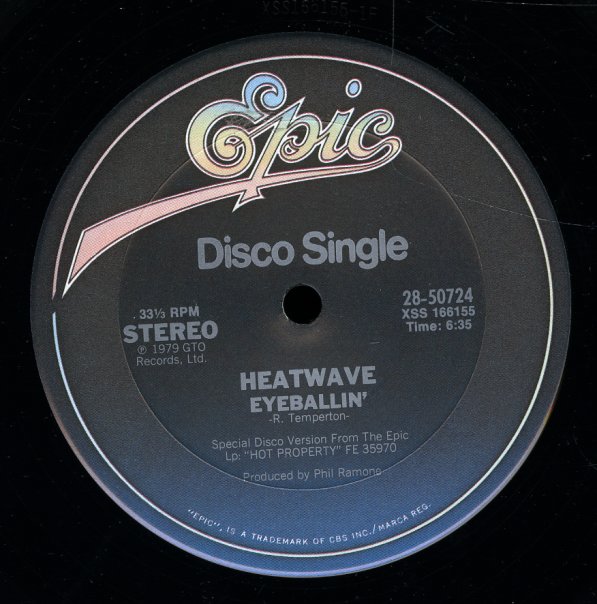 Heatwave grooves always make a great choice for a single – spinning out with even more force than on an LP – and this single is no exception! "Eyeballin" has a silly theme, but a great little groove – tight, riffing, and funky in the best Heatwave mode – and topped with loads of those great compressed vocals! "Birthday" is mellower, but a cut that has some nice jazzy changes in the keyboards!  © 1996-2022, Dusty Groove, Inc.
(White label promo. Labels have some marker.)

French Kiss (orig underground mix, talkin all that jazz mix, short by sweet radio voc, songbird sings long, cherry talk conversational)
Epic, 1989. Near Mint-
12-inch...$9.99
Was there a bigger dancefloor track than this at the end of the 80s? We'd be hard pressed to think so – as Louis' uniquely grooved slow/then fast/then slow/then slower style really made the track an instant classic – loved by house fans and chart kids alike, and still actually ... 12-inch, Vinyl record

Chocolate Jam/This Time
Epic, 1979. Very Good+
12-inch...$6.99 11.99
2 sweet funky dancefloor tracks from Ndugu Chancler and the Chocolate Jam Co – both of them served up with some nice jazzy touches! "Chocolate Jam" is a groover with lots of bass on the bottom, plenty of vamping horns, and mixed male/female vocals calling off the tune in a party ... 12-inch, Vinyl record