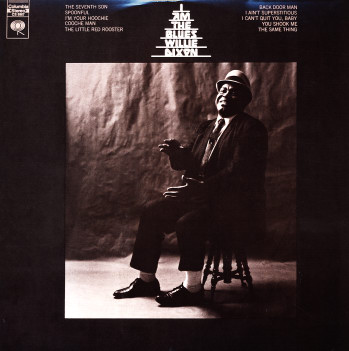 I Am The Blues

A long-overdue recognition of the blues contributions of Willie Dixon – a set that pulls him out of the indie ghetto and pushes him firmly into the mainstream with this key release on Columbia Records! Yet despite that placement, the style is nicely down home – a strong recreation of older Chicago blues modes by producer Abner Spector – one that has Willie singing versions of his classic tunes like "Back Door Man", "The Seventh Son", "Little Red Rooster", "I'm Your Hoochie Coochie Man", and "The Same Thing".  © 1996-2021, Dusty Groove, Inc.
(70s pressing.)