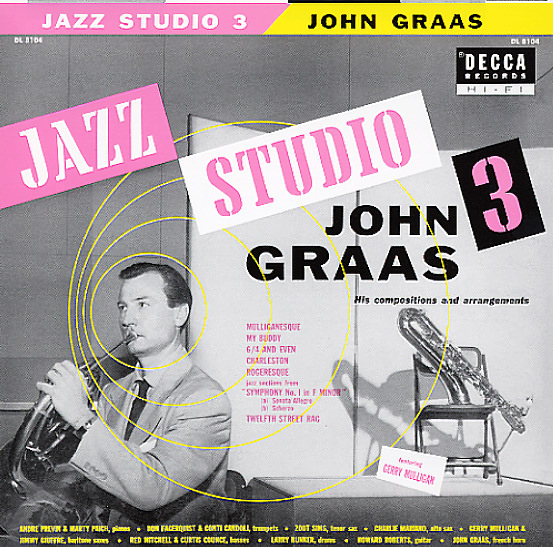 One of the best of Decca's Jazz Studio series of recording – a tight set of chamber jazz tracks headed by John Graas, and featuring a strong assortment of players that includes Charlie Mariano, Zoot Sims, Larry Bunker, Gerry Mulligan, Howard Roberts, and Conte Candoli. Tracks get a little cutesy from time to time, but the work of Sims and Mariano especially keep things moving along with a nice edge. Titles include "Rogeresque", "6/4 & Even", "Mulliganesque", and "Jazz Sections From Symphony No 1 In F Minor".  © 1996-2020, Dusty Groove, Inc.
(Black label pressing with deep groove. Cover has some yellowing from age.)