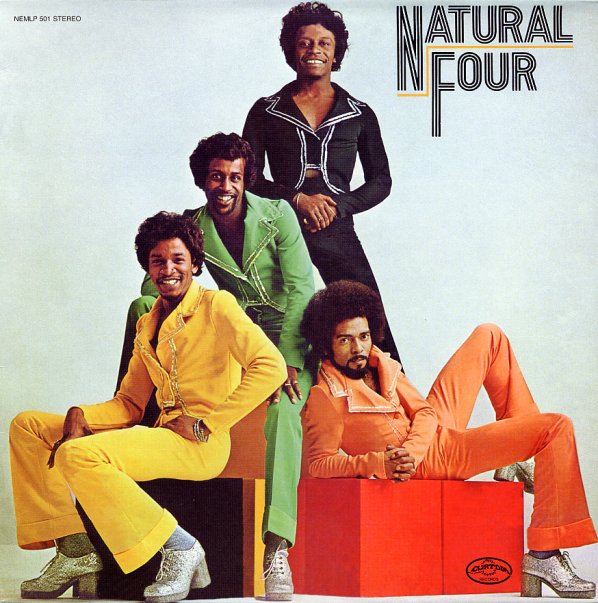 Sweeeeet soul from the 70s! The Natural Four were one of the greatest soul harmony groups of the 70's – and their work on the Curtom label has an amazing "rough with the smooth" quality that really sets them apart from east coast groups of the time! Part of the strength of the set has to do with Leroy Hutson – who arranged and produced the whole album, and gives it a superdope quality that makes it stand proudly with the best work on Curtom Records of the time. The sound is full and polished, yet also honest, earnest, and personal – in that great mix of moods that Hutson and Curtis Mayfield could bring to their own work of the time. The whole set's a classic, and titles include "Try Love Again", "You Bring Out The Best In Me", "Can This Be Real?", "This is What's Happening Now", and "Things Will Be Better Tomorrow".  © 1996-2020, Dusty Groove, Inc.
(Original pressing. Cover has light wear and a few smal splits in the seams.)