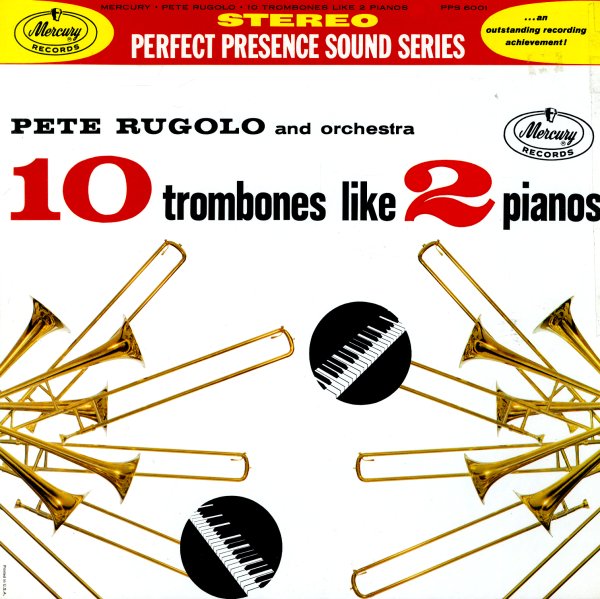 One of a series of albums Kenton arranger Rugolo cut for Mercury in the early 60s – 10 Trombones Like 2 Pianos, 10 Trumpets & 2 Guitars, and 10 Saxophones & 2 Basses – all making use of differing instrumental lineups to showcase Rugolo's amazing command of sound color and tone! Pete first rose to fame in the Kenton group, and you'll hear plenty of Kenton-like inflections here – but trained towards a more dynamic hi-fi generation with wide sonic range! Titles on the 10 trombones session include "Angel Eyes", "Intermission Riff", "Love Is Here To Stay", "Like Love", and "10 Trombones Like".  © 1996-2021, Dusty Groove, Inc.
(Blue label stereo pressing with deep groove.)