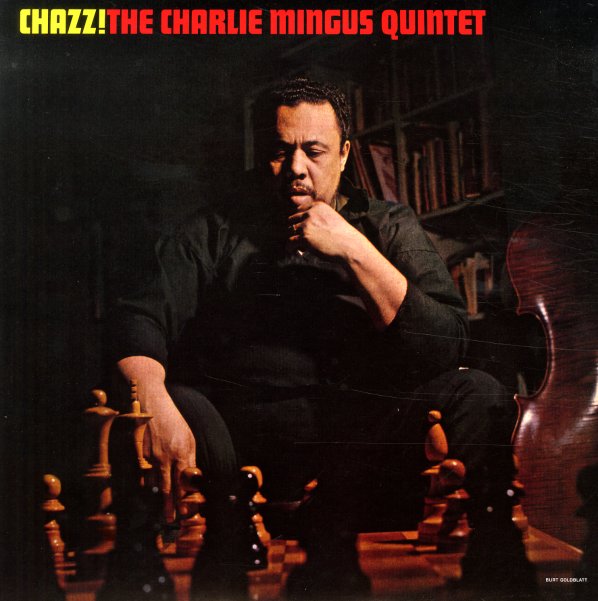 Chazz! (aka Mingus At The Bohemia)

Seminal early work from Charles Mingus – a session that really shows him beginning to work in tightly arranged, deeply resonant styles – pushing much more deeply towards the brilliance of the late 50s! The set was originally issued on Debut, and was recorded with a great lineup that includes Mal Waldron and the enigmatic George Barrow on tenor. There's a fantastic reading of "Percussion Discussion", played here by Mingus and Max Roach (though the drummer on the rest of the set is Willie Jones) as a drum and bass duet (as opposed to Roach solo, as on a later version.) Also featured are the brilliant "All The Things You Are In C-Sharp", a pivotal track in the Mingus book, and one of our favorites ever by him – plus "Septemberly", "Work Song", and "Jump Monk".  © 1996-2021, Dusty Groove, Inc.
(Early 70s Japanese Toshiba pressing on clear maroon vinyl. Cover has a mostly split spine, but looks great otherwise.)