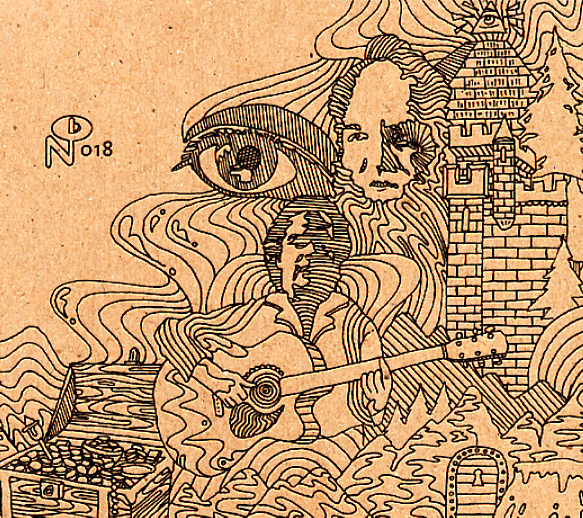 A wonderful collection of obscure solo acoustic guitar tunes from the mid 60s up to the dawn of the 80s – beautiful work from a slew of players we've never heard of – but we'd put right up there with Fahey and Basho in the way they reach from the back porch to the cosmos with just their fingers and some strings! One thing we love about this set, and the Numero Group releases to date, is how deep they dig and what beauty they unearth, somehow with impeccable sound quality. Some tunes are starkly beautiful, some chime on fairly intently, some do both those things and more – and it's very heartening and instantly appealing stuff – wordless tunes that carry a lot of sensitivity and emotion! The 40 page booklet features detailed notes and bio material for each track, plus an introduction by Numero's Rob Sevier and essays by Dan Lambert and Jim Ohlschmidt. Titles include "Beginning" by Dana Westover", "Raga In D" by Ted Lucas, "Sailor's Dream" by Scotte Witte, "Flight" by George Cromarty, "Diagonal" by Richard Crandell, "Baha Dream Songs" by Daniel Hecht, "Delta Freeze" by Jim Ohlschmidt, "No More School" by Stephen Cohen, "Strawberry Man" by Mark Lang, "Warm River" by Bread Chequer, "One Forty Eight" by Swayne Canna and more.  © 1996-2022, Dusty Groove, Inc.