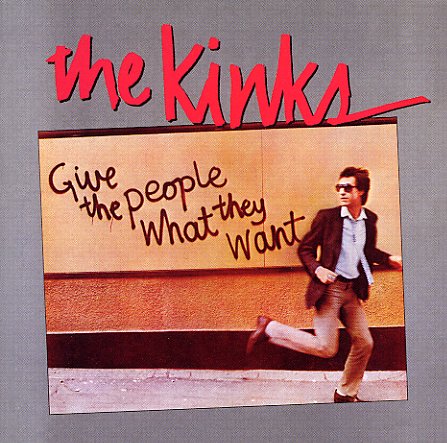 Give The People What They Want

A real standout from Ray Davies and crew – heavy-hitting here with guitars that seem a bit more amped up than usual, and a slight post-punkish groove that's almost a reinvention of the group's sound for an 80s new wave market! The album's a surprisingly hard rocker in parts, and has a darkness that's a nice change from some of the late 70s Kinks material – but also shows Ray still able to come up with some more tender numbers in just the right spots. Tracks include "Add It Up", "Destroyer", "Yo Yo", "Art Lover", "Better Things", "Killer's Eyes", "Around The Dial", and "Give The People What They Want".  © 1996-2023, Dusty Groove, Inc.
(Includes the printed inner sleeve. Cover has light wear.)