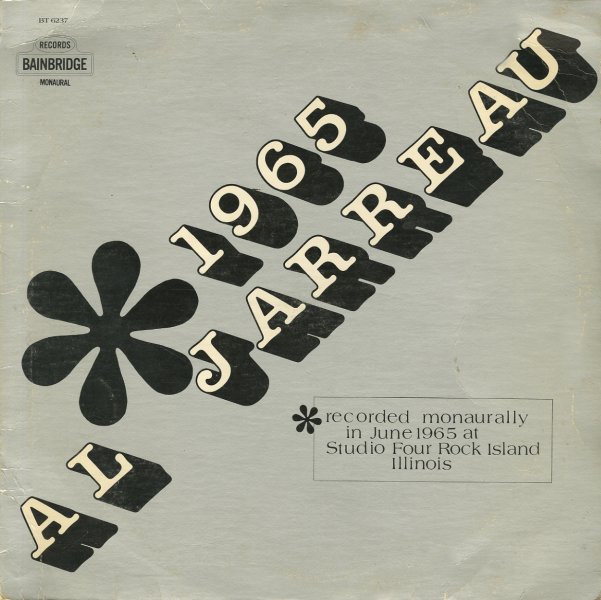 Wonderful early recordings from Al Jarreau – cut years before his bigger commercial fame in the 70s, but still with a sublime vocal approach that shows that he was light years ahead of most other singers in the 60s! The date's a rare one – done in Rock Island, IL – with a combo that features Cal Bezemer on piano, Gary Allen on bass, and Joe Abodeely on drums – who'd also played a bit with JR Monterose. The style's jazzy, but really takes off with those magnificently soaring modes we love from Jarreau – and titles include a killer version of "My Favorite Things", plus "One Note Samba", "Come Rain Or Come Shine", "A Sleepin Bee", "Stockholm Sweetnin", and "Joey Joey Joey".  © 1996-2021, Dusty Groove, Inc.