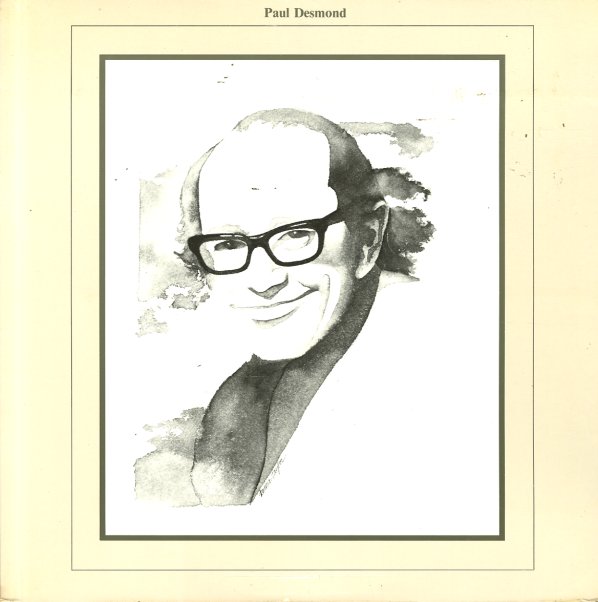 Great 70s work from Paul Desmond – a sweet little quartet date that easily rivals his genius live album for A&M from the same stretch! The record's done in the simple, unadorned style that made the short-lived Artist House label so great – a real back to basics setting that's free from any gimmicks, and which has that sublime Desmond alto sound out front, in a quartet that features Ed Bickert on guitar, Don Thompson on bass, and Jerry Fuller on drums. Titles include the original "Audrey", plus "Line For Lyons", "Too Marvelous For Words", "When Sunny Gets Blue", and "Darn That Dream" – all nice and long!  © 1996-2022, Dusty Groove, Inc.
(In the grey border cover. Cover has light surface wear and aging.)

Pure Desmond
CTI, 1974. Near Mint- Gatefold
LP...$29.99 (CD...$5.99)
An album of sublime understatement from alto genius Paul Desmond! Desmond was one of the few players who resisted the lure of the 70s electric CTI sound – and stuck pretty much in his usual bag of easy-going grooves, blowing alto with effortless ease, working here with a quartet that ... LP, Vinyl record album

As Long As There's Music
Artists House, 1978. Near Mint- Gatefold
LP...$19.99
Spare duets between Charlie Haden and Hampton Hawes – just bass and piano, with nothing else to hold them up – presented here as a wonderful illustration of the mature, sophisticated talents both artists had developed by the 70s! Hawes had really learned how to spin out a special kind ... LP, Vinyl record album