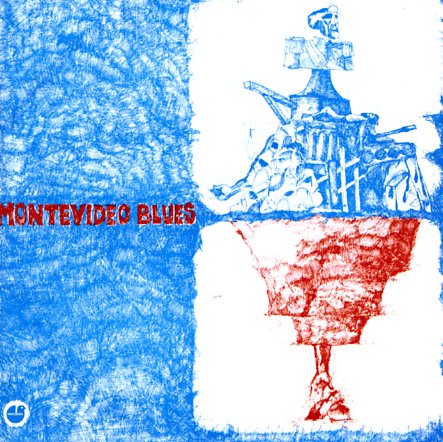 Really compelling work from the enigmatic Dino – a set recorded with slow, slinky backings from the Montevideo Blues combo! The album's a lot less blues than you might guess from the group's name – and in a way, the approach is almost more folksy, or singer/songwriter overall – with a key focus on Dino's political lyrics, and backings that often follow along with snakey guitar and slinky rhythms. There's a raspy brilliance to the whole set – and Dino almost sounds like Uruguay's equivalent of Geraldo Vandre – a powerful, positive singer, but one who never reached a bigger audience outside his homeland. Titles include "Sentimiento", "Si Te Vas", "Montevideo Blues", "Milonga De Pelo Largo", "Para Hacer Musica Para Hacer", and "Chamarrita El Chiquero". CD reissue is as amazing as the original – with a huge booklet with notes, history, and lyrics – plus 7 more bonus tracks too!  © 1996-2023, Dusty Groove, Inc.

Euphoria Blimp Works Presents Yama & The Karma Dusters – Up From the Sewers (with bonus tracks)
Lion, Early 70s. New Copy
CD...$8.99 14.99 (LP...$27.99)
A pretty heady group from the Chicago scene at the start of the 70s – an unusual combo who make music that's a bit freak, a bit fuzz, and a bit folk – almost always with a strongly political vibe! The group were formed in the wake of the Kent State Massacre, and have a very communal ... CD