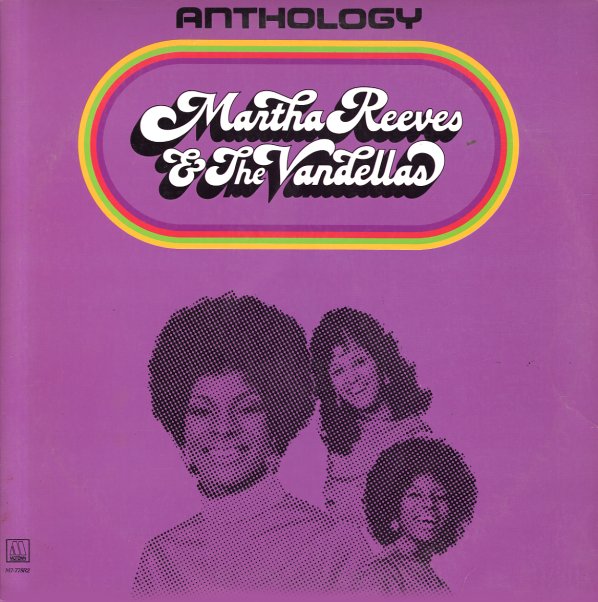 Martha and the girls' entry into Motown's well-done series of 70s multi-LP collections – this one only a double-length set, but still filled with plenty of great bits by the group! The set features a solid decade's worth of work – material from the trio's 1962 start at Motown, up to some of their even better albums for the label in the early 70s. Titles include "Bless You", "Honey Love", "Love Makes Me Do Foolish Things", "My Baby Loves Me", "Honey Chile", "Jimmy Mack", "I Promise To Wait My Love", "Benjamin", "Tear It On Down", "In & Out Of My Life", "Live Wire", "Wild One", "Motoring", "Nowhere To Run", "Quicksand", "Love Is Like A Heat Wave", and "I'll Have To Let Him Go".  © 1996-2021, Dusty Groove, Inc.
(Includes the booklet. Cover has ring and edge wear, a cutout hole, and cutout notch.)

Black Magic
Gordy, 1972. Very Good+
LP...$13.99
One of our favorite albums ever from Martha Reeves & The Vandellas – a set that's way past their early overheard hits for Motown, and which shows the group really stretching out with a new sort of power! There's definitely a bit of Black Magic in the mix – as there's a fresh feel ... LP, Vinyl record album