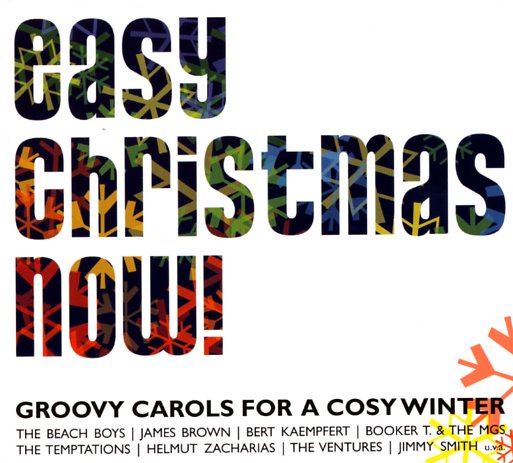 A wonderfully groovy set of Christmas tracks – one done in a style very similar to the Get Easy Snow compilations – as you might guess from the title! The selection here is great – with a few perennial favorites, a few rare gems, and a great middle stretch of wonderful bits from some of the grooviest artists of the 60s and 70s – a great antidote to some of the too-played holiday music you might hear during the 12th month of the year! Titles include "Santa Claus Is Definitely Hear To Stay" by James Brown, "Close Your Mouth It's Christmas" by Free Design, "I Saw Mommy Kissing Santa Claus" by Jimmy McGriff, "Snow" by Claudine Longet, "Black Christmas" by The Emotions, "Rudolph The Red Nosed Reindeer" by The Temptations, "Christmas Gift" by Margie Joseph, "Winter Warm" by Bob Crewe Generation, "Snow Flakes" by The Ventures, "Winter Symphony" by The Beach Boys, "This Christmas" by Donny Hathaway, "Children Go Where I Send Thee" by Kenny Burrell, "We Wish You A Merry Christmas" by Ray Anthony & His Bookends, "Swinging Christmas" by Helmut Zacharias, and "Jingo Jango" by Bert Kaempfert.  © 1996-2021, Dusty Groove, Inc.