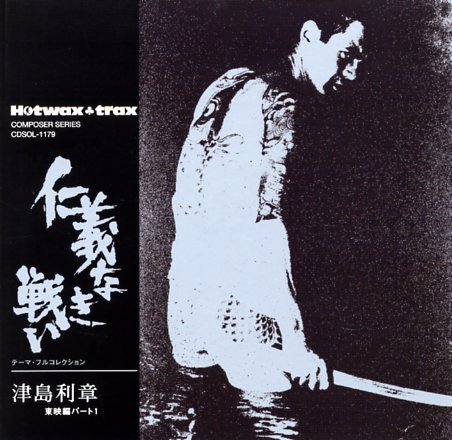 Blasting horns, stepping basslines, and lots of cool effects – a masterful soundtrack from 60s Japan – served up with a fair bit of drama and action in the mix! The style here is right up there with some of the best from Italy at the same time – and even though the sound of the music is different, there's a spaghetti western-like love of repeated themes, dramatic instrumentation, and slight variations in mood that create a really cinematic feel to the whole CD – even without any visuals to accompany it! The score is represented by 34 short tracks from the film – and even though the notes and titles are all in Japanese, there's plenty here for English language fans to wrap their ears around.  © 1996-2021, Dusty Groove, Inc.