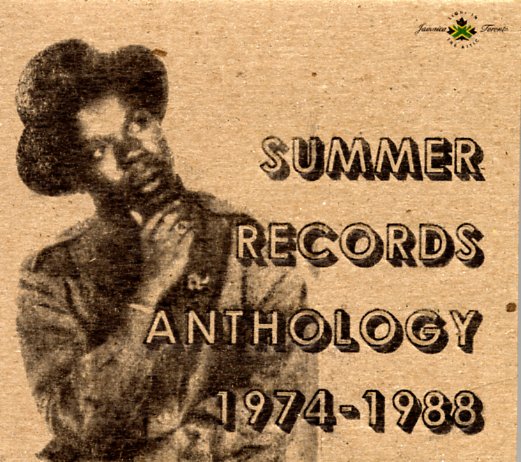 Another blistering treasure trove of Canadian reggae! You heard us right, this batch of deep and heavy roots comes all the way from Toronto, and though it may be geographically isolated from the Caribbean, the vibes are deeply rooted foundation rock, not unlike some of the other astoundingly great material the folks at Light In The Attic have reissued. Jerry Brown's Summer Records imprint churned out no small number of tremendous reggae cuts, as this excellent compilation documents, working with West Indian ex-pats, visiting luminaries and local talent, too! The tracks run the gamut from bright and crisp to murky smoked out but it's all unbelievably great and will open your eyes to a whole new scene in the same way that the refreshing Jamaica Toronto set did! 15 tracks in all, including "Love Makes The World Go Round", "Warrior" and "Jah Jah Live Forever" by Johnny Osbourne, "Sufferer" and "Awakening" by Earth, Roots & Water, "Run Them A Run" by Willi Williams, "Reach My Destiny" by Noel Ellis, "Dreadlock Lady" by Jerry Brown, "Come Together" by Bobby Gaynair and Earth, Roots & Water, and "Mankind" by Adrian Homer Miller and Earth, Roots & Water. Plus as a bonus, there's a DVD layer on the CD, with 20 minutes of excellent archival footage of Jerry Brown and his artists in the studio and at the dance!  © 1996-2021, Dusty Groove, Inc.
(Dual Disc includes documentary shot in Toronto between 1979 & 1982.)