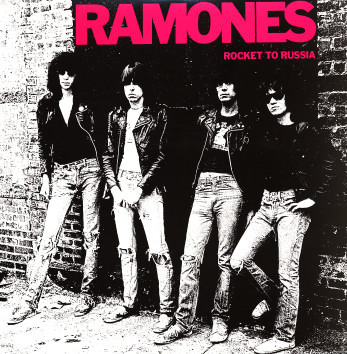 Alright, let's get this straight right now – the songs don't sound the same, they ARE the same and that's why we love them! If you found a way to concentrate 30 years of the best rock & roll into two and a half minutes of beautiful primal energy that still managed to qualify as ear candy, would you try to change things up? Tracks include "Rockaway Beach", "Sheena Is A Punk Rocker", "Why Is It Always This Way", "Surfin Bird", "Do You Wanna Dance", and "Cretin Hop".  © 1996-2022, Dusty Groove, Inc.
(US pressing with Sterling stamp. Cover has light wear.)