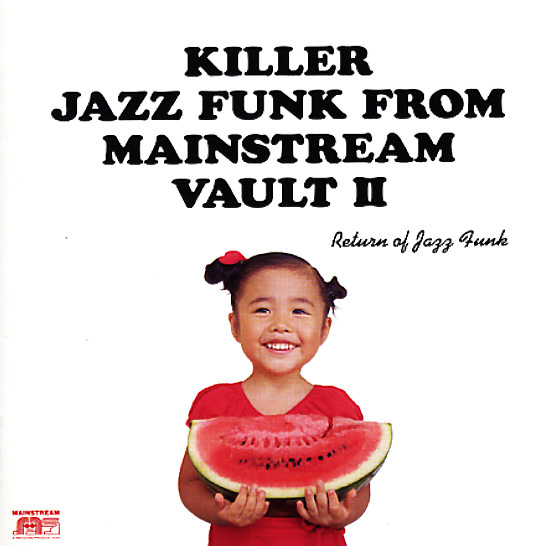 Massively funky work from the Mainstream Records catalog of the early 70s – some of the grittiest, most hard-hitting tracks recorded by the label at the time! Most of the tracks here are short, but pack plenty of punch – that rock-solid approach to jazz funk that Mainstream was putting down heavier than most other labels at the time – thanks to a top-shelf array of leaders, studio players, and arrangers in the mix! There's a number of tracks here that haven't been reissued as part of P-Vine's single album program on the label – making the compilation even more essential – and the 19 track album features over 75 minutes of music, more than enough to warrant the higher Japanese price. Titles include "Sweet Emma" by Don Burrows, "Mustang" by Sonny Red, "Red Clay" by Jack Wilkins, "Witch Doctor Bump" and "Boogie The Devil In" by The Chubukos, "Spinning Wheel" by Phoenix Authority, "Fire & Water" by Charles Kynard, "Family Affair" by Dave Hubbard, "Signifyin Gemini" by Lamont Johnson, "Freedom Jazz Dance" by Night Blooming Jazzmen, "Mother McCree" by Reggie Moore, "Let's Take The Long Way Home" by Arbee Stidham, and "Never Can Say Goodbye" by Johnny Coles.  © 1996-2021, Dusty Groove, Inc.