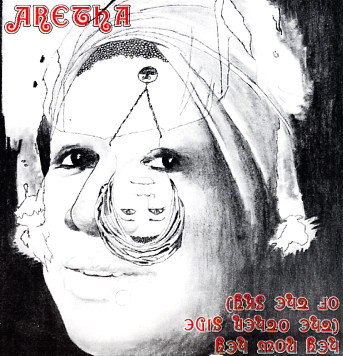 Hey, Now Hey (The Other Side Of The Sky) (7-inch jukebox EP)

A great little 7" ep version of one of Aretha's greatest records – and a nice little batch of jazzy tunes that features arrangements and production by Quincy Jones! The album breaks way past the stock southern soul style of some of Aretha's earlier work for Atlantic – and this 4 song ep does a great job of hitting a number of different moods, even though it's just a piece of the whole LP. Includes "Moody's Mood", "Somewhere", "Hey Now Hey (The Other Side Of The Sky)" and "So Swell When You're Well".  © 1996-2022, Dusty Groove, Inc.
(In great shape, with jukebox strips!)