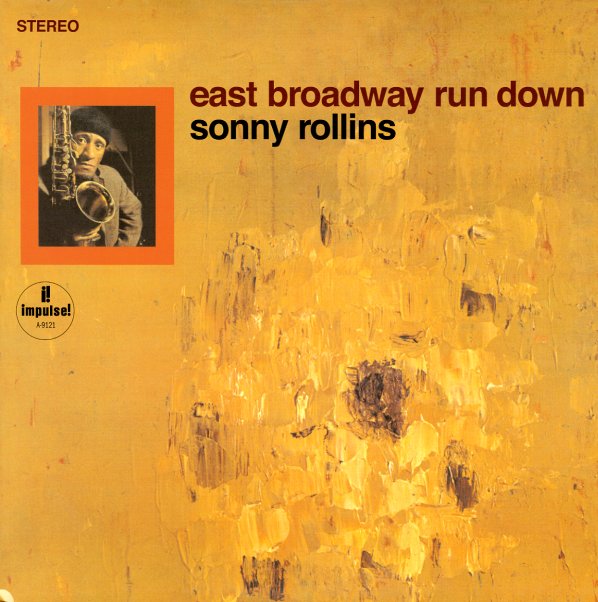 One of the most free-wheeling Sonny Rollins albums of the 60s – an album that features some very long, extended tracks that really break out from some of the straighter moments of Sonny's mid-60s recordings! The title track is an incredible 20 minute workout – one that almost feels improvised, but which is never too free – always pulsating with a killer groove from the drums of Elvin Jones and bass of Jimmy Garrison – and featuring the trumpet of Freddie Hubbard in the frontline with Rollins' tenor – blowing with quite an edge throughout! Side two features "Blessing In Disguise" – which is equally adventurous – plus a surprisingly moody take on "We Kiss in a Shadow".  © 1996-2021, Dusty Groove, Inc.
(Stereo rainbow label pressing with Bell Sound stamp. Cover has some light wear on the edges, and inside gatefold has some light staining in one corner – but this is a nice copy.)