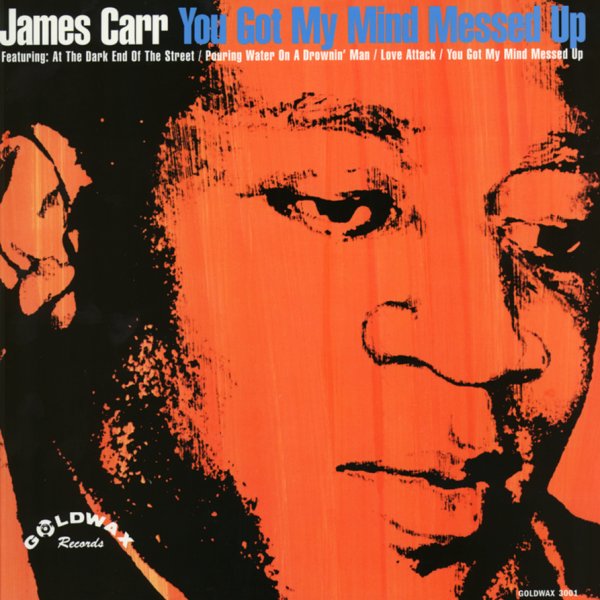 You Got My Mind Messed Up (plus bonus tracks)

An incredible bit of southern soul – one of two classic albums cut by James Carr for the Goldwax! At the time of release, this album virtually died in the racks – but thanks to the work of countless music writers over the past few decades, Carr has finally achieved legendary status in the annals of soul music – and this album's one of the best examples of his genius! Every track is a deep soul masterpiece – and the album sparkles with production by Quinton Claunch and Rudolph Russell, and is filled with classic tracks like "The Dark End Of The Street", "You Got My Mind Messed Up", "She's Better Than You", "These Ain't Raindrops", and "Coming Back To Me Baby". Plus, this CD is a richly expanded version, with loads of bonus tracks, and a total of 24 cuts in all! Bonus tracks include "Life Turned Her That Way (alt)", "Love Is A Beautiful Thing", "A Lucky Loser", "There Goes My Used To Be", "These Arms Of Mine", "What Can I Call My Own", and "A Losing Game (alt)".  © 1996-2022, Dusty Groove, Inc.