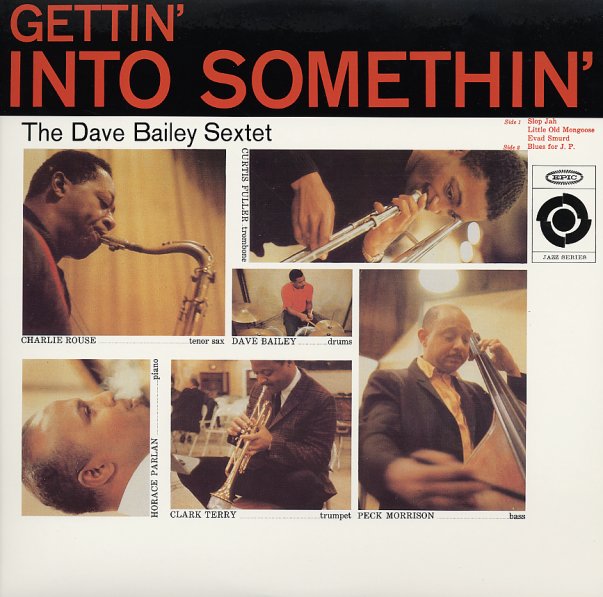 2 Feet In The Gutter
Epic, 1961. New Copy (reissue)
LP...$9.99 (LP...$39.99)
Hardbop albums don't get any better than this – and although drummer Dave Bailey only recorded for a brief stretch as a leader, this session's one that shows that he was a heck of a force to contend with! The record's got an intensity that easily rivals the best by Art Blakey over at Blue ... LP, Vinyl record album