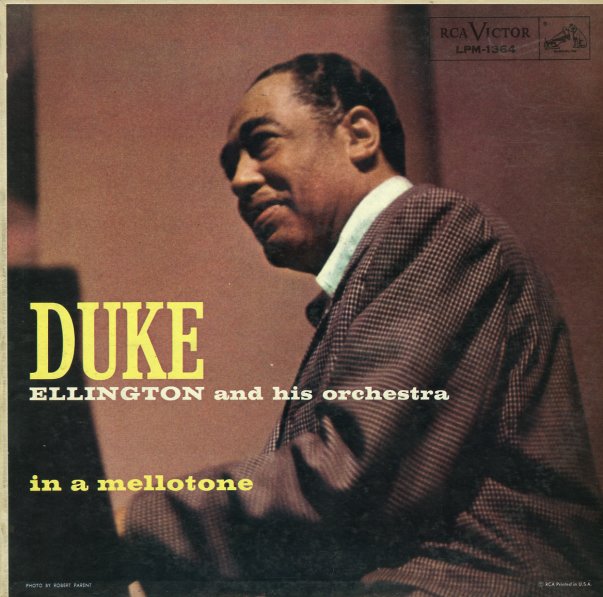 Drum Is A Woman
Columbia, 1956. Very Good+
LP...$19.99
A hokey cover and title, but a hip little record from Duke Ellington – kind of a story of percussion and jazz, all wrapped together with some great vocals and narration! The format is kind of far-reaching, but never too stuffy – and in a way, the album offers a great opportunity to ... LP, Vinyl record album

Newport 1958
Columbia, 1958. Near Mint-
LP...$33.99 39.99
Duke Ellington at Newport and in the studio – in a set of tracks recorded both live and away from the concert – but with a really unified feel overall! Duke's group here is in fine fine form – with key late 50s players who include Johnny Hodges on alto, Paul Gonsalves on tenor, ... LP, Vinyl record album

Ellington At Newport
Columbia, 1956. Very Good-
LP...$19.99 24.99
One of the first albums to ever issue recordings made at the Newport Jazz Festival – quite a big hit, and the beginning of a real trend in jazz! The set's also some great work by Duke – free to perform in a setting that's not bound by some of the time restrictions of earlier years, ... LP, Vinyl record album