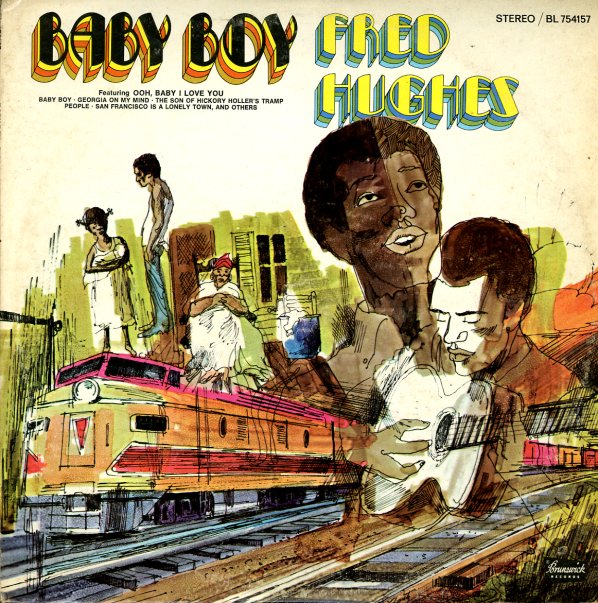 A soaring full length debut from Fred Hughes – a singer who cut some key singles for Brunswick Records in the late 60s, and more than lives up to their strength here on an album! The set's got some very in-the-pocket backings for Fred to work with – arrangements from Sonny Sanders, Tom Tom, and Willie Henderson – all in that brilliantly bouncy blend of Chicago soul modes that Brunswick was putting forth at the time! The style's a great blend with the rootsier modes of Hughes' vocals – a style that might have been more blues in another setting, but which works here with a great sense of righteous presence and power. Titles include Fred's own compositions "Who You Really Are", "Don't Let This Happen To Us", "Baby Boy", and "I Understand" – plus "Oo Wee Baby", "In My Time Of Need", and "San Francisco Is A Lonely Time".  © 1996-2021, Dusty Groove, Inc.
(Sealed original pressing. Cover has a cut corner.)