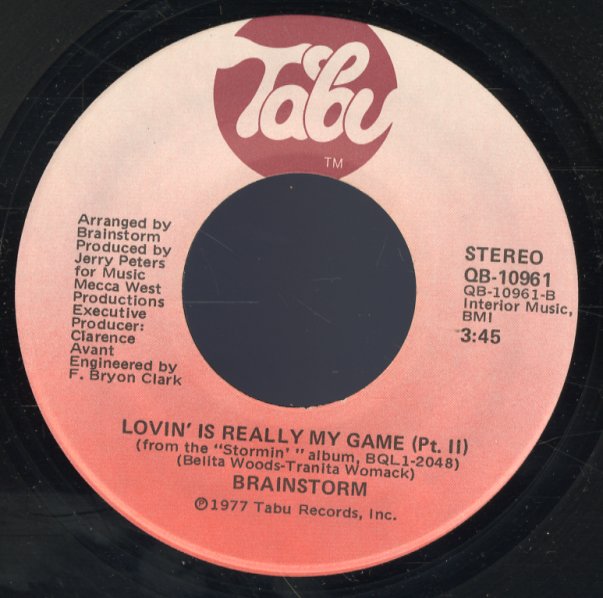 A classic club-driven tunes by this late 70s funk ensemble! "Lovin" is a strong disco number – female vocals in the lead, and lots of swirling grooves that gets spread over both sides of this 45!  © 1996-2021, Dusty Groove, Inc.
(In a Tabu sleeve, with pen on one corner.)