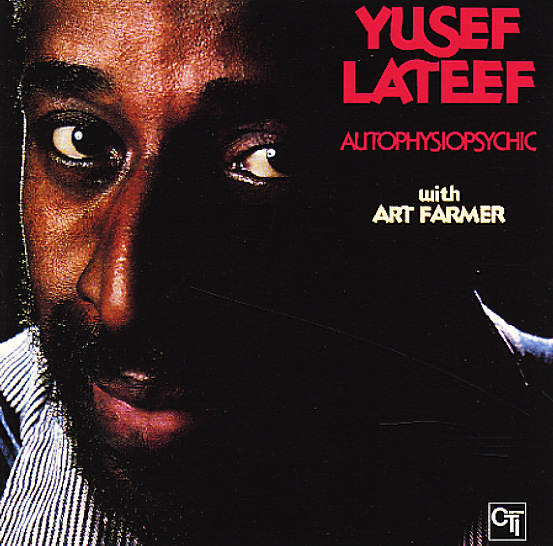 A strange bit of funk from Yusef Lateef – a bit of a change from his other 70s records, but pretty nice too! The record was recorded late in the CTI electric years – and it's got Yusef fronting a funky jazz group on five long tracks that have a decidedly R&B-ish current – that Kudu/CTI vibe, stretched out in arrangements by the great Dave Matthews – the maestro who maybe made the second greatest contribution to CTI charts after Bob James! Lateef plays tenor, soprano sax, flute, shenhai, and even vocalizes a bit – and Art Farmer also gets in lots of solos on flugelhorn – in a lineup that also includes Cliff Carter on keyboards, Gary King on bass, and Eric Gale on guitar. Titles include "Robot Man", "YL", "Communication", and "Look On The Right Side".  © 1996-2022, Dusty Groove, Inc.
(Sealed original pressing! Cover has one mild corner bend, but is great overall.)