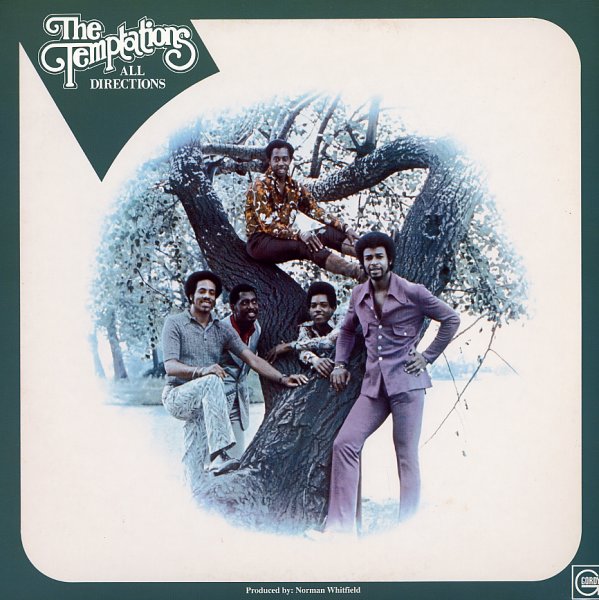 The Temptations going in all directions – and all of them pretty darn groovy too! The set's still heavy on the solid, righteous sound of Norman Whitfield – who gives some of the best cuts that psychedelic soul imprint he really perfected with the group – a quality that has a lot more funk than other Motown acts were getting at the time – yet still lets the harmonies soar! A few other numbers showcase a more mature ballad style – different than the sweet soul of their roots, and definitely with an adult vibe we really love. Titles include heavy funk on "Funky Music Sho Nuff Turns Me On", and their great cover of Isaac Hayes "Do Your Thing" – some mellow mature covers like "Love Woke Me Up This Morning" and "First Time I Ever Saw Your Face" – plus the long version of "Papa Was A Rolling Stone", and the tracks "Mother Nature" and "Run Charlie Run".  © 1996-2023, Dusty Groove, Inc.
(Vinyl has light sleeve marks. Includes the Motown inner sleeve. Cover has light wear, piece of scotch tape on top & opening.)