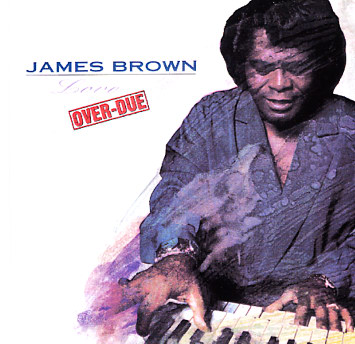 James Brown going strong into the 90s – and almost hitting a mode that's a bit like some of his first few records of the 80s! James is firmly at the helm here – producing, arranging, and writing most numbers – and while the sound is definitely more contemporary than on his classics, there's also still a definite Godfather-ness that always shines through. Most of the upbeat numbers have that peppy, bouncy sort of vibe that James was laying down on his bigger post-disco groovers – and a few other tracks hit a mellower, bluesier mode that's in keeping with his image on the cover. Titles include "Dance Dance Dance To The Funk", "Teardrops On Your Letter", "Later For Dancing", "Standing On Higher Ground", "Show Me", "Move On", and "It's Time To Love".  © 1996-2022, Dusty Groove, Inc.
(Still sealed, with hype stickers and a cutout notch.)