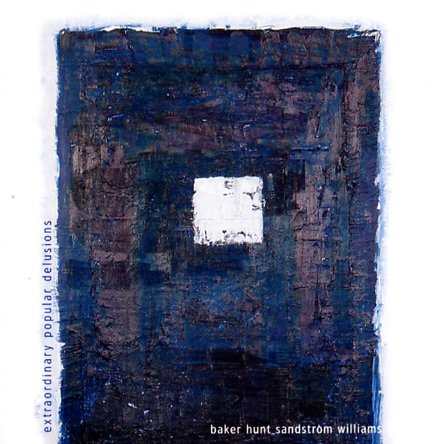 An electric improvised set from Chicago – one that features piano, electric piano, and synthesizer by Jim Baker – plus bass and guitar from Brian Sandstrom, drums and percussion from Steve Hunt, and a variety of saxophones from Mars Williams! The album's somewhat unassuming at points – free, but often a bit restrained – so that quieter, more tuneful moments sit alongside some of the fuller expressions of the quartet. Baker's piano is a key force in the sound, but when Williams opens up on saxophone, he really takes over – and titles include "Feudal Gestures", "Goat & Adding Machine Ritual", "Futile Jester", "Hail To Thee Malthusia", "Somebody Rang A Bell", and "Space On Experiments In Animals".  © 1996-2021, Dusty Groove, Inc.