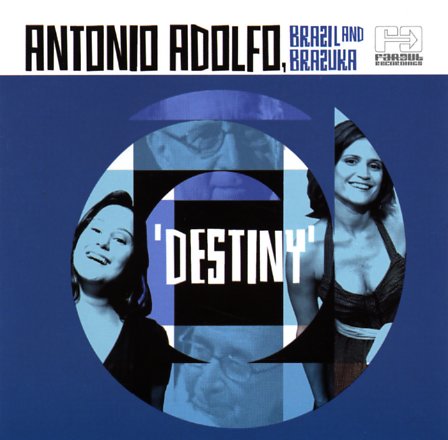 The return of a legend – and a tremendously groovy little record! Brazilian keyboardist/composer Antonio Adolfo's been making records for years – but easily his greatest albums were those cut at the end of the 60s with his Brazuka group – a cool combination of funky rhythms, electric keyboards, spacious production, and female vocals – all wrapped up with that glorious Blue Brazil sound of the EMI/Odeon label. Here, Adolfo recaptures that sound beautifully – returning to modes he hasn't touched in decades – and getting tremendous treatment from the Far Out label, who really help him hit that classic sound right. The record's an instantly timeless set that rivals all of Antonio's wonderful work from many years back – recorded with Adolfo on keyboards, live jazzy rhythms, a bit of strings, and twin harmony vocals from daughters Carol Saboya and Luisa Saboia – soaring out beautifully with a really groovy sound. The whole thing's wonderful – even better than you might expect – and titles include "Bola Da Vez", "Papo Furado", "Luizao", "Eu E Voce", "Tudo E Brasil", "Domingo Azul", "Tao Iguais", "SOS Amazonas", "Sonho Estelar", and "Dono Do Mundo".  © 1996-2022, Dusty Groove, Inc.